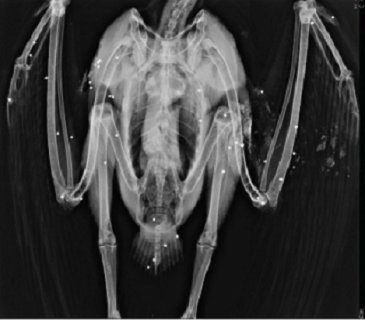 Lead poisoning can be divided into 2 groups;

This classification depends on the following factors;

Symptoms: The diseased falcon can show the following symptoms

Treatment of lead poisoning depends on the following:

In many situations the pellets can be removed by surgical intervention if surgery will not endanger the life of the falcon.

In case the pellet is in the stomach it can be removed by stomach lavage.

The extraction of the pellets can be removed through the faeces by giving the falcon plenty of fibre or paraffin oil. In general giving nutritional fluids with glucose and vitamins will help with the recovery of the affected falcon. In addition to that there is plenty lead reducing medicine available in the veterinary hospital.